The world lost a surf legend yesterday, February 18, 2016 to a short battle with cancer. In 2014 Honolulu Community College honored Brock Little as a Distinguished Alumnus at the college’s alumni dinner fundraising event.  The Honolulu ‘ohana bid aloha to Brock.  Our thoughts and prayers are with the Little family. 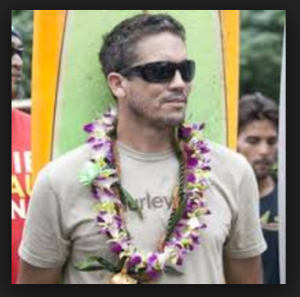 While completing his Liberal Arts education at Honolulu Community College, Brock dreamed of becoming a professional surfer and working in the movie industry.  At age 20, he pulled into the barrel on a legitimate 20-footer and later dropped into what is still considered to be one of the biggest waves ever paddled into at Waimea Bay in the 1990 Quicksilver in memory of Eddie Aikau.

Brock has been able to parley his love of surfing and the ocean into a professional career as a stunt coordinator on over 60 movies and television shows that include: Transformers 1 and 2, Pearl Harbor, Blue Crush, Lost, CSI Miami, and most recently, Hawaiʻi 5-0.   He served as a mentor to young surfers and shared his love of surfing and the ocean with everyone around the world.