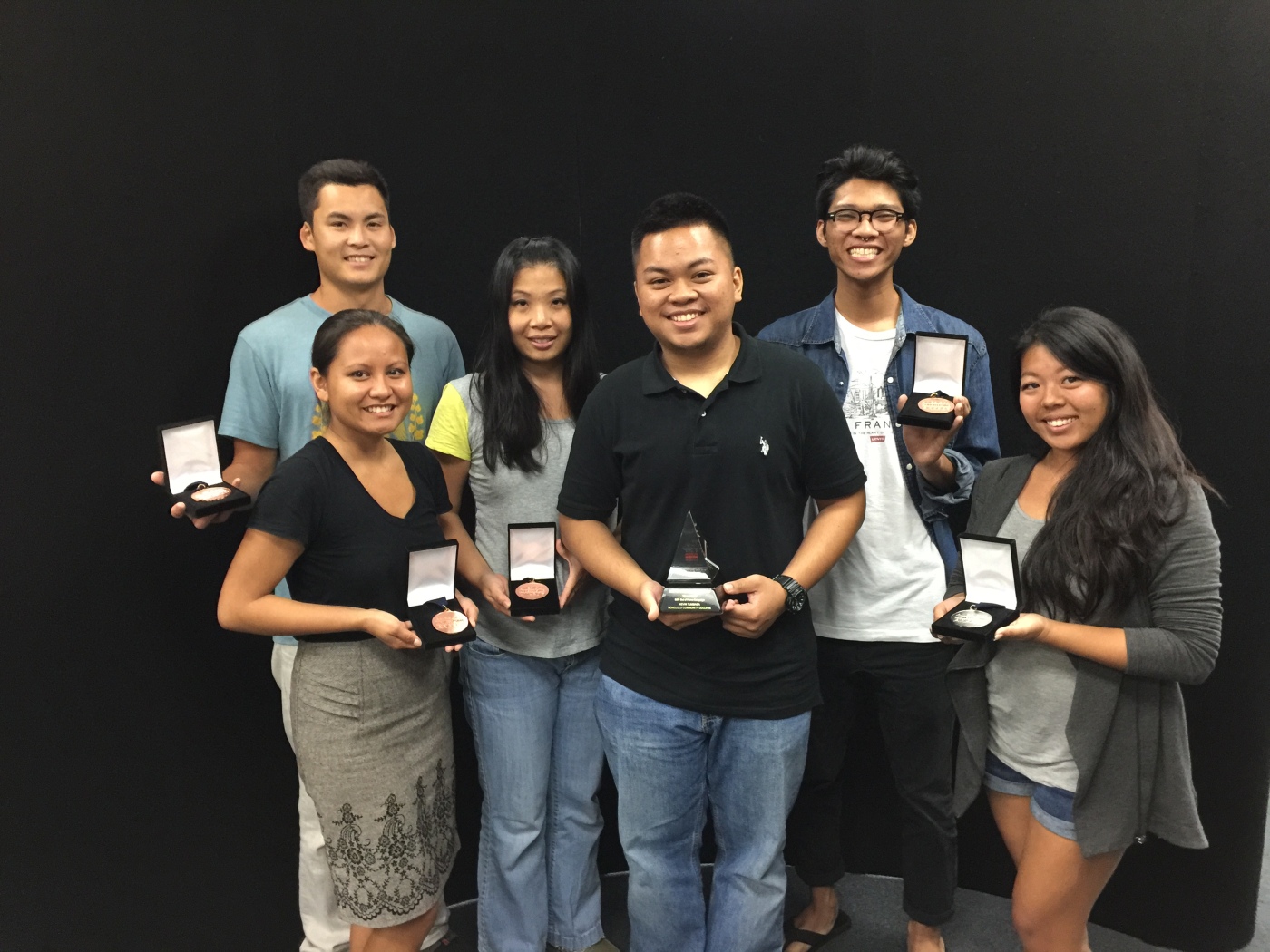 “I am so incredibly proud of my students. They consistently produce high quality, professional grade work,” says Sandra Sanpei, professor of Honolulu’s communication arts program.  “This year we wanted to show more diversity.  We teach more than just print.  The group that won bronze for their television ad is evidence of that.”

And the winners are…

Kevin Tumbaga – Best of Show
Tumbaga is a 2010 graduate of Lanikila Baptist who took classes at Leeward CC and UH West O‘ahu before finding the communication arts program at Honolulu CC. His entry “Street Eats” branded Arizona’s food truck festival that is held annually in Scottsdale, Arizona. “My goal was to design a logo that represented not only the community, but also food truck lovers everywhere,” he shares.

Kayla Rivera – Silver
A wife and mother of two young girls, Rivera attended Leeward CC for liberal arts and then made her way to Honolulu CC to study cosmetology. After a semester she made the decision to leave school to pursue a career in retail. A co-worker told her about the communication arts program and she found herself back at Honolulu CC. Her Kate Spade brochure is fun, colorful and gives the reader a glimpse of who ‘Kate’ is.

Louis Bruce Scheer – Bronze
“I didn’t know what I wanted to do until my senior year of high school. Entering the graphic arts academy at Kapolei High saved me,” Scheer explains.  A doodler and writer, graphic design for Scheer is about being creative to solve a problem. His vision for his ad series for the “Slurp Shop” plays with the cautionary concept of how messy someone can get from eating ramen, which is something he loves to do.

Linda Inamasu, Louis Bruce Scheer, Kayla Rivera, Brittany Montilliano, and Roy Ogasawara – Bronze
The combined efforts of five students were needed to make the very creative stop motion :40 commercial for “Served”, a meal delivery service.   The illustrations were created by Ogasawara, while the team split up the duties of coloring, creating the story board concept, capturing the hundreds of photo images and editing those images to make the commercial come to life.  (Team member Linda Inamasu won National Gold at the 2014 National American Advertising Awards).

Honolulu CC Communication Arts alumnus, Jason Suapaia, owner of 1013 Integrated Branding, was also honored at the Pele Awards with the coveted Ad Man of the Year award. Suapaia credited the Honolulu CC program and his instructors with giving him the foundational knowledge he needed to jump-start his career in graphic design. He frequently comes back to the program to mentor aspiring designers.

Upon a recent visit Suapaia viewed the “Served

” commercial and stated that it was the most professional piece he has seen; something that he could see on TV right now. Proof positive that communication arts at Honolulu CC is more than just print. It really is a well-rounded program, an emerging gem of the college.

These winners along with 10 of their classmates will be displaying their work at the annual communication arts portfolio show open to industry representatives, family, friends and the community.