Is Our Campus Safe? 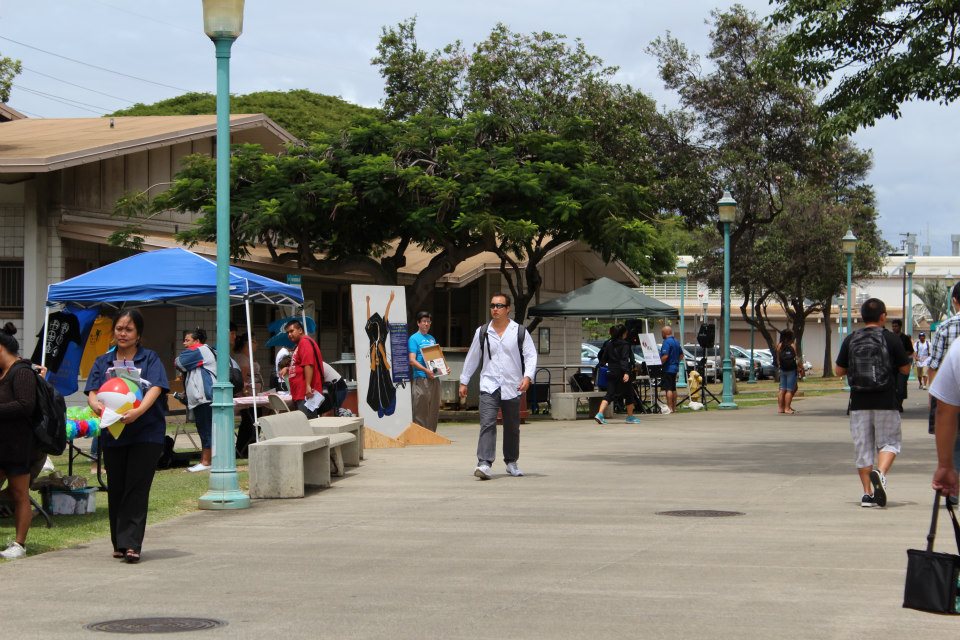 With all the recent school shootings, students and teachers alike are questioning the safety of their campuses. National legislators are arguing whether or not to arm teachers, and lawmakers in Missouri are putting higher taxes on “violent” video games.

While doing all of this may lower the mass shooting rate, would doing that make our school campuses safe? And should guards at HonoluluCC be armed?

“I feel safe here. Security guards shouldn’t be armed. Everyone is a responsible adult and should know right from wrong, ” said Joel Santiago, an Early Childhood student.

Max Kanahele, a liberal arts major, agrees with Santiago, adding that “security guards shouldn’t be armed but should carry some type of non-lethal weapon.”

Most students agree with security guards carrying only non-lethal weapons.

Campus Security Jay Saribay said, “I feel that we should carry non-lethal weapons, not guns and things of that sort. Being armed makes you more liable for what happens on campus and then you will need extensive training to carry a weapon.”

Although many students here at HonoluluCC feel guards should carry non-lethal weapons, there are some who strongly voice their opinion against that view.

Misty Chiechi, an administration of justice student, says “Guards should be armed. We shouldn’t wait until something happens to arm guards; by then it’s too late already. Look at all the recent shootings, this is a sign for us to take a step and heighten our level of security here at HCC.”

Hawaii’s crime rate is relatively low compared to the Mainland, and HonoluluCC is a relatively safe area, according to police and federal statistics. School officials say they have no reports of major violent crimes on campus in recent years. And statistics from the Honolulu Police Department show that areas surrounding the campus actually have more crimes than campus and adjacent areas.

In the month, between Dec. 1, 2012 and Jan. 15, 2013, for instance, police records show only four crimes reported on or near the HonoluluCC Campus. They included two burglaries, one theft, and one instance of graffiti or vandalism.  Police note, however, that other crimes might have gone unreported or been mislocated on the map.

Still compared to nearby areas like Chinatown and North King Street, the campus seems to be relatively safe.

“I feel safe during the day at HCC,” Kanahele said. “although the night can get a little creepy.”

One of the night-time crimes occurred during the winter break, when many campus buildings were closed.  Before dawn on a Friday, Dec. 20, the little modular building that houses the college’s “The Hub” coffee shop was burglarized. It is unclear how many people were involved in the break-in.

According to administrator Michael Barros, a cash register was taken. No money was in the register.  The break-in was captured on the college’s security camera system. Barros, who has not seen the video but had it described to him by a technician, said that the suspects aren’t identifiable.

“They had their T-shirts over their heads, and they were tied,” Burros said, “It was dark and grainy—hard to see.”

One thought on “Is Our Campus Safe?”